Society for Women and the Civil War 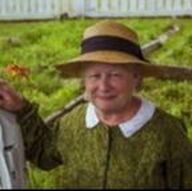 Ms. Youhn serves on the Board of Directors of the Friends of Point Lookout State Park, site of a Civil War Hospital and Prison and as the Program director of the Southern Maryland Civil War Roundtable.
She is also a member of the Maine Camp Hospital Association (MCHA), living historians reenacting the various roles of female nurses and relief agents during the Civil War. As a member of the MCHA she has spent countless hours making presentations and exhibits at the Baltimore Civil War Museum, National Museum of Civil War Medicine, Manassas City Museum, the Conference on Women and the Civil War as well as participating in Civil War living histories for the National Park Service and reenactments throughout Virginia, Pennsylvania and Maryland.
​In addition, Ms. Youhn also reenacts with her family as members of the 20th Maine, Co. E .  She also provides consultation to regional archeologists, local historians and video directors on the subject of Hammond Hospital at Point Lookout.
She has been published in the Washington Times, Cobblestone Magazine and the Journal of Women's Civil War History. She is currently compiling a book on the Medical Facilities at Point Lookout.
She recently retired after 25 years of work for Northrop Grumman Corporation as a computer system analyst. She resides in Hollywood, MD with her husband, T.J. 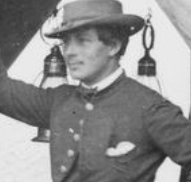 J. White is a Department of the Army civilian intelligence officer and retired US Army Military Intelligence officer. A sixth-generation US Army officer, she has spent her professional career serving in unconventional warfare and special operations. White was the first woman student at the German Army's Infantry School and the first woman to perform a US Army Special Forces mission in combat. Amongst her accomplishments are service as an on-the-ground advisor for Middle Eastern partner military forces in combat, service as an attaché in East Africa during conflict, and as a trainer for Southeast Asian partner military forces. She pioneered the analytical field of information operations in guerrilla warfare.

She is the founding director of Pallas Athena Ladies Aid Society (PALAS), an "Authentic Civilian" Civil War reenactor unit, and is also a member of B/97th Pennsylvania Volunteer Infantry. She is a member of the Company of Military Historians, the Single Action Shooting Society, several organizations focused upon 18th and 19th Century technology, and a number of combat veteran organizations, to include the Special Forces Association. She has served as an advisor for Special Forces history, Cold War intelligence and Civil War medical history to the US Army Military History Institute/Army Heritage and Education Center and the Historian of the US Army Medical Department, and as a member of the board of directors of the only still-standing CSA military receiving hospital.

​She has special interests in the role of women herbalists supporting the CSA military medical service, Civil War military apothecaries, the role of USA and CSA military staffs during the Civil War, Civil War-era information operations, and Civil War-era technology. She led the project to restore and equip the only known extant original Civil War medicine wagon (mobile apothecary). She has published a number of works related to the Civil War. Her family has strong Civil War connections: she is the proud descendent of USA and CSA combat veterans and nurses, including both USA and CSA POWs; and several existing family properties played prominent roles in a number of Civil War battles.
​

Tabitha Miller is originally from Aurora Colorado.  She received her Bachelor of Arts in American History from Metropolitan State University of Denver in 2005. She spent four summers working for the National Park Service at Appomattox Court House National Historical Park and worked as a Park Guide the first two years, then as a Living History Interpreter the next two years. She loved working her dream job! She went back to Colorado and worked at Starbucks Coffee Company as a store manager until 2014.  She then married the man of her dreams and moved to Virginia! They are a Navy family; her husband is active duty, and she stays at home with their two amazing little boys! ​

An avid historian from receiving his bachelor’s degree in History in the late ’60, he has been involved in oral history, 1st person, for nearly 15 years. Currently he is retired and enjoying life in historic Gettysburg, PA. "My third retirement was my last retirement! I’d tried it twice before with little success," he says.  During his career, in reverse order, he served as a senior staff officer for the Department of Defense working at the Defense Agency (DIA) in Washington DC.  He retired from DIA in August 2014. Prior to DIA, he was the principal partner for Gettysburg Integrated Solutions, LLC (GIS), which provided consulting support to corporate, federal, non-governmental agencies, Department of Defense and various institutions of higher education. ​ Through the years he has been able to develop extensive government program management experience in the area of intelligence support to combat operations, systems integration, financial planning, programmatics and Congressional liaison. Before owing his own corporation, he retired for the first time in 2004 after serving in the U.S. Navy for thirty-nine years. In addition to his Naval Service,  he has also had over twenty-five years of experience in higher education as a University Administrator and educator.

After seeing the world nearly five times, he and his wife, Sally, decided to settle on 24 beautiful acres less than three miles from Gettysburg’s Square. In the morning with the sun rising, he can look out of his kitchen windows and see the “Big Roundtop” and the Battlefield. Life is good and allows time to enjoy traveling with his bride, exploring and studying history and of course restoring classic cars.

Laurel Scott serves as a member of the Board of Directors for, and as the permanent civilian activities coordinator for Rear Rank Productions, the premier professional production company for major reenactments in the US. She was responsible for Rear Rank Productions’ 150th Cycle of Civil War reenactments, to include the much-acclaimed Antietam 150th. In addition, she coordinated civilians at both the 150th Anniversary Reenactment of the Bermuda Hundred Campaign and the Campaign Before Richmond: the 150th Anniversary Reenactment of the Battle of New Market Heights. She is also the Civilian Coordinator for Endview Plantation, Newport News, Virginia.

She has been a leader in the innovative “town” movement for civilian camps at reenactments and living history events. The “town” concept integrates civilian participants into a temporary village, with each participant playing a specific role, and with a “town government” to lead the village in reacting to the battle occurring in its vicinity.
In addition to her leadership and event management roles, Laurel is a reenactor for several periods, ranging from a Viking unit, to a Highland Jacobite unit, and a British unit during the American Revolution. Individually, she reenacts as Pocahontas' chaperone at Henricus Historical Park and as a merrymaker with the Regency Society of Virginia.
​She is an award-winning veteran journalist, and currently a staff writer for Equus Magazine and for Practical Horseman Magazine. Laurel’s other avocations include the traditional arts: she enjoys spinning on her six wheels, including an 1866 Great Wheel and her ancient Norse flax wheel, weaving on her own loom. She also enjoys playing the mountain dulcimer. She is a dedicated horsewoman and belongs to a feisty Parson Russel Terrier. 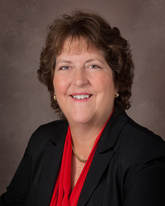 Janet has been avidly interested in Civil War History for over 20 years.  She began by researching her own great-great grandfather’s participation in the conflict.  After spending 15 years studying his life, and visiting all the battlefields he fought upon, Janet turned her efforts to exploring the role of women during the Civil War.

Janet is a long-time member of the Pasadena Civil War Round Table, and currently serves as their Treasurer.  She is a volunteer docent with the Drum Barracks Civil War Museum in Wilmington, CA; and she spent 12 years as a reenactor, with living history impressions of members of the U.S. Sanitary Commission, and the American Anti-Slavery Society.

​Recently retired, Janet's career spanned work in the non-profit sector (chambers of commerce), and 20 years as Vice President-Human Resources for a Pasadena investment firm.  Janet is also a 29-year member of the Pasadena Tournament of Roses Association, the volunteer group that puts on the Rose Parade and Rose Bowl Game.  She resides in Pasadena with her husband, Steve, and their dog, Winston the Westie. 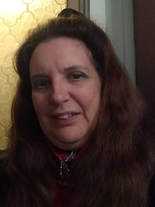 Mary Louise Jesek Daley is from Cleveland, Ohio. She is an advocate for history. Along with her husband, Tim, they love to travel and explore new and exciting places often delving into history be it Mediaeval, American Civil War or War of 1812. She is an Executive Assistant/Councilmanic Aide to a local councilman in Cleveland for the last nearly nineteen years working on community and legislative projects. As Chair of the Collinwood and Nottingham Historical Society she has been actively working to preserve and share her communities history with others. As a docent at the Cuyahoga County Soldiers and Sailors Monument she has helped guide visitors and planned events around our Civil War history since 2002. She loves to travel especially to England/Scotland, Virginia, and Gettysburg. In her spare time she works on historical research, collects teddy bears, and follows Indy-styled open wheel racing. As for children, besides her husband, they are the proud parents of Alexsandor and Jackson, note the names, two Shetland Sheepdogs. They are affiliated with numerous organizations in the fraternal and historical fields.

​Dianne is a former public school administrator, program director, and adjunct instructor at an area  college.  She enjoys retirement as it provides her time to do what she likes:  catering to her two cats (Taz and Einie); working outside planting, mulching, tree-trimming, and mowing; volunteering as a docent at Stan Hywet Hall and Gardens in Akron; and researching various topics of interest.   Although she still doesn't have enough time to spend with her vents (ventriloquist "dummies") or practice magic tricks and illusions.

In addition to the SWCW, Dianne is a member of the Kent Civil War Society and The Cuyahoga Civil War Roundtable. She has held a variety of offices in each.  While her re-enacting days are over (it is just too darn hot and humid....and age makes getting up from the ground an unlady-like spectacle).

​Her main interest is the human aspects of the Civil War:  spies (male and female), animals' contributions to the war effort, the Lincoln assassination, and how the "common" woman coped with the war.

​
Jim Knights is a retired FBI Special Agent. A veteran of the U.S. Coast Guard, he has a B.A. from the University of Massachusetts and an M.A. from the University of Chicago. Jim has written several published articles on law enforcement recruiting, including the valuable role of women as investigators. His fourth historical novel, Soldier Girl Blue, was inspired by the true story of Sarah Emma Edmonds of New Brunswick, Canada, who disguised herself as a man and joined Union Army during the Civil War, going behind Confederate lines on several occasions to conduct espionage operations. He and his wife, Dorothy, also an SWCW member, reside near Pittsburgh, PA. Their children, Allyson, Patrick, and Lauren, live nearby. They have two grandchildren, Lillian and Christopher.

DeAnne Blanton retired from the National Archives and Records Administration in Washington, DC after 31 years of service as an archivist specializing in 19th century Army records.  Her first book, They Fought Like Demons:  Women Soldiers in the American Civil War, co-written with Lauren Cook, was published by Louisiana State University in 2002 and by Vintage the following year.  She is a founding member of the Society for Women and the Civil War, and served as the first President of the organization.  She has appeared in nearly a dozen Civil War and women’s history documentaries for cable channels and public broadcasting.  She is a graduate of Sweet Briar College, and now makes her home in the Shenandoah Valley.
PO Box 3117 Gettysburg, PA, 17325
Proudly powered by Weebly